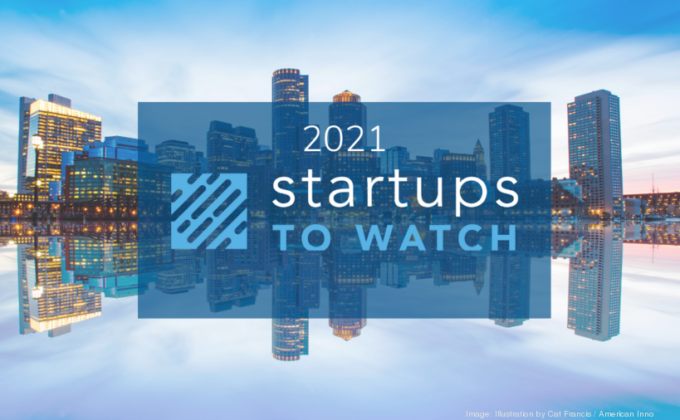 If 2020 has taught us anything, it’s that sometimes, we have to throw plans and predictions out the window.

Each year, we at BostInno look back at our coverage from the last 12 months — all the launches, funding rounds, new deals and partnerships, awards and more — and try to identify the startups that are on the precipice of something big. In 2020, the narrative was a bit different. Some startups had to scale back their plans and cut costs in March, but were able to bounce back by the fall. Some leaders moved up their public launches in the name of helping clients. Others pivoted their strategies to address this particular moment.

Whatever the individual story, there is still a common thread that runs through Boston-area entrepreneurs: All of them have proved to be resilient in the face of unprecedented challenges. So here we are, making predictions again, taking note of the startups that we expect big things from in the next 12 months and beyond.

Goodpath: Originally envisioned as an e-commerce marketplace for wellness products, Goodpath, a new startup from serial entrepreneurs Bill Gianoukos and Carl Nehme, embraced a full pivot to telehealth when it launched in April. The founders had initially planned to announce Goodpath’s debut later in the year, but Covid-19’s effect on the health care system drove him to push up the launch. The startup takes an integrative medicine approach to telehealth, enabling providers to support the chronic care needs of their patients. Goodpath secured $4 million in a seed round last June and is betting on a subscription model for its revenue.

Day Zero Diagnostics: Day Zero Diagnostics, the four-year-old startup incubated at Pagliuca Harvard Life Lab, has an ambitious mission: snuffing out antibiotic resistance. The startup is developing a sequencing-based and machine learning-powered diagnostic system that identifies, within hours, both the species and the antibiotic resistance profile of a bacterial pathogen. In May, it was awarded $6.2 million in non-dilutive funding from Boston-based Combating Antibiotic Resistant Bacteria Biopharmaceutical Accelerator (CARB-X).

Quaise: Founded and headed by the former technical director of The Engine, Carlos Araque, Quaise is in the process of developing and commercializing technology that was invented at the MIT Plasma Science and Fusion Center. The technology in question is a millimeter wave drilling technology to access deep geothermal energy, which Araque thinks has a promising future in the U.S. Quaise brought in a $6 million round in June led by The Engine, supplementing a $5 million ARPA-e grant it shares with MIT and a Seattle geothermal startup called Alta Rock. 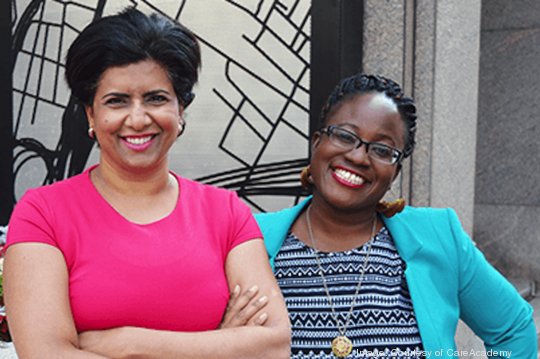 CareAcademy: Techstars Boston veteran CareAcademy recognized the need for an up-skilled home health care workforce early on. Founded in 2013, the startup provides online training in the form of hour-long video courses to home care professionals. It is now in the process of expanding its platform to help 1 million Americans re-skill for health care work, thus addressing the acute shortage of health care workers exposed by the coronavirus pandemic. Impact America Fund led a $9.5 million funding round in June to boost that mission.

Attn: Grace: Boston wife duo Mia Abbruzzese and Alexandra Fennell teamed up this summer to tackle an age-old (and old-age) problem: women’s incontinence. Inspired by Abbruzzese’s mother, whom Abbruzzese describes as a “super-poised, elegant, Whole Foods-shopping, getting-her-hair-blown-out-every-two-weeks kind of woman,” the two launched a subscription service called Attn: Grace in June. Its eco-friendly products include liners, pads and briefs, which retail at around $10 and up for each box. Attn: Grace is backed by Tusk Venture Partners and XFactor Ventures, among others, and recently launched a collaboration with AARP Innovation Labs. 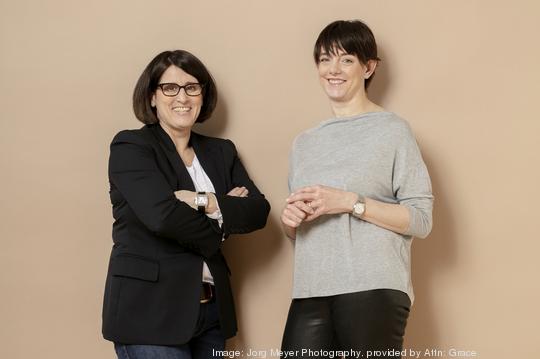 CauseEDU: Led by Shironda A. White, CauseEDU provides tailored programs for organizations, companies and schools to help their families with their college funding needs. The startup also offers one-on-one consultations for families, an online platform that helps families understand and budget for college and a crowdfunding tool. CauseEDU came in first place at this year’s Roxbury Pitch Night and went on to win a $25,000 award at MassChallenge.

Coils to Locs: Unable to find wigs that matched the curls she lost to chemotherapy treatments, Dianne Austin launched Coils to Locs in 2019 with the help of her sister Pamela Shaddock. The startup sources curly wigs and sells them to hospitals, boutiques and salons in Massachusetts, Georgia and Texas. Coils to Locs is another veteran winner of Roxbury Pitch Night; the startup has also participated in the Fairmont Innovation Lab’s pre-accelerator program.

TileDB: TileDB has been operational since May 2017, when its CEO and founder Stavros Papadopoulos spun the technology out of MIT and Intel Labs. Its mission is to create a “universal data engine” to solve decades-old messes in data management. TileDB counts several high-profile organizations, including the Chan Zuckerberg Institute, among its clientele and is now pursuing a go-to-market strategy more aggressively with the help of a $17 million Series A round.

LuminDx: Founder Susan Conover has applied an engineer’s mindset to the field of dermatology. She has developed an AI-powered system that can identify and diagnose skin conditions, an invention that she thinks will disrupt medicine as we know it. A veteran of MassChallenge and Techstars Boston, LuminDx, Conover’s startup, closed an oversubscribed $2 million seed round this year from Argon VC, Flare Capital and others. The LuminDx team is now building a comprehensive dataset of images of skin conditions and onboarding dozens of dermatologists.

WoHo: WoHo, short for “World Home,” reimagines prefabricated construction using sustainable materials that can be retooled into homes, retail spaces, laboratories or parking garages. The startup is headed up by Israel Ruiz, the former treasurer of MIT, who officially launched WoHo this year with two co-founders, renowned architects Anton Garcia-Abril and Debora Mesa. In the team’s long-term vision, WoHo would warehouses full of prefabricated components all around the country to eliminate inefficiencies in the construction supply chain. 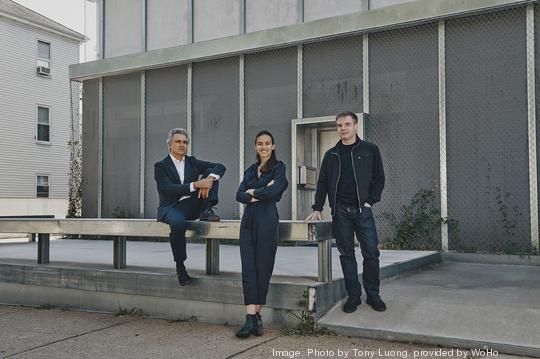 Foodspace: Originally conceived of as a consumer-facing nutrition and meal planning app, Foodspace pivoted to a B2B model after its team attended the grocery retail conference Groceryshop. Now, Foodspace leverages its AI and machine learning capabilities to serve big-box retailers. Its technology can “look” at a photo or video of a jar’s label and quickly catalog detailed metadata, like nutritional information, ingredients, packaging type and diet categorization, which is then uploaded to retailers’ e-commerce sites. Foodspace has participated in Northeastern University’s IDEA venture accelerator, Cleantech Open and the Consumer Goods Forum since launching.

Turq: In March, former North Carolina State Senate candidate Tim Wallis founded a startup called Turq. Its online platform enables anyone to write bills using a simple form for elected officials to then vote on. Turq users can also put money behind existing Turq bills by pledging toward crowdfunding campaigns. Through Turq, Bay Staters have introduced two pieces of legislation so far; Wallis’ team is currently working toward a seed round.

Liteboxer: Move over, Peloton and Hydrow — a new startup has entered the ring. Co-founded by MIT-educated engineer Jeff Morin and Spark Capital founder Todd Dagres, Liteboxer has created a smart punching bag that gameifies boxing with light and sound. The device is made up of an interactive stand for boxers to hit, a screen where personal trainers can give instructions and a platform for the boxer to stand on during the session, which all together retails for $1,495. The startup, which is backed by Will Ventures, is gearing up for a new product launch in the first quarter of 2021.

Particles For Humanity: The young MIT spinoff has a massive mission: transforming early-stage technologies into products for people in places without the infrastructure and resources typically required to support those technologies. Its current focus areas are improving vaccine delivery and reducing Vitamin A deficiency. Particles For Humanity has received a cumulative $10 million from the Bill & Melinda Gates Foundation this year to accomplish those missions. 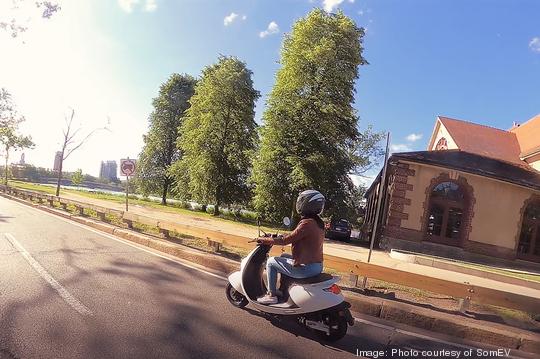 SomEV: Natasha George co-founded The Somerville Electric Vehicle Company, or SomEV, in 2019 with her husband, Reece. Housed in Greentown Labs, the startup makes all-electric, battery-powered kick scooters and mopeds, which were made available to consumers this fall and promptly sold out. SomEV recently secured its first B2B partnership with the downtown restaurant Spyce (locally famous for its robotic kitchen), which bought 12 and leased eight mopeds from SomEV for its delivery drivers.

Heila Technologies: Another Greentown Labs startup, Heila Technologies develops hardware and software to integrate renewables and batteries on a microgrid. The MIT-born company’s flagship product is a platform called Heila EDGE, a modular energy platform that connects distributed energy resources into single power networks and allows customers to add or remove energy sources over time without much configuration. Heila raised $2.5 million in a seed round in October, led by Table Rock Infrastructure Partners with support from the Massachusetts Clean Energy Center.

Cobu: Three years ago, Benjamin Pleat started building an app to help residential tenants connect with each other. Fast-forward to this spring, and that app, Cobu, began experiencing an uptick as people used the app to coordinate grocery runs, childcare services and tutoring services for kids. Pleat thinks that uptick could lead to an expansion in the number of buildings where Cobu is utilized.

Bloomer Tech: Founded in 2017 by graduates of MIT’s Computational Cardiovascular Research Group and Integrated Design and Management cardiovascular program, Bloomer Tech is behind an electrocardiogram (EKG) device that looks and feels like a bra. The developers of the “bra” have embedded patented, medical-grade fabric sensors with built-in machine learning algorithms into the garment, with the goal of collecting EKG data more easily. In March, Bloomer Tech raised a $3 million seed round to double its headcount, scale its production, improve user experience and increase its paid pilot program. 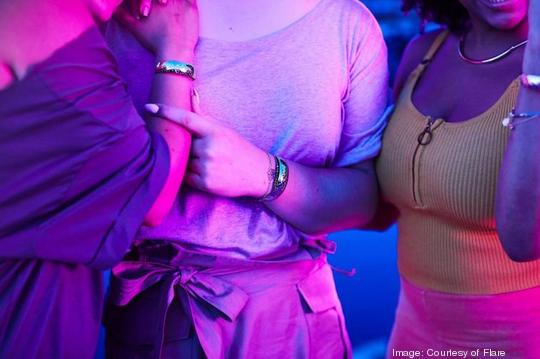 People wear the Flare bracelet while out and about.
Courtesy of Flare

Flare Jewelry: Five years after it began as a conversation within the walls of Harvard Business School, Flare made its official launch in February with $3 million in seed funding led by Lerer Hippeau and began shipping its flagship product, the Nova Cuff, out to customers. The Nova Cuff is a $149 smart bracelet designed to get the wearer out of potentially dangerous situations without escalating them. Press a discreet button on the bracelet once to get a phone call as an excuse to leave, or press and hold it to text a friend. The device earned a spot on Time’s “100 Best Inventions of 2020” list in November.

Root AI: Woburn-based robotics startup Root AI was co-founded at the beginning of 2018 by Josh Lessing and Ryan Knopf, both veterans of Bedford startup Soft Robotics. Its main product is a robot named Virgo, which is capable of picking specialty crops like tomatoes, cucumbers and berries — fragile foods that normally need to be picked by hand. In Root AI’s long-term vision, Virgo would be deployed at agricultural facilities outside of major metros, and grocery stores would be stocked with fresh, local, cheap produce, all picked by Virgo. The startup pulled in $7.2 million in seed funding in August.