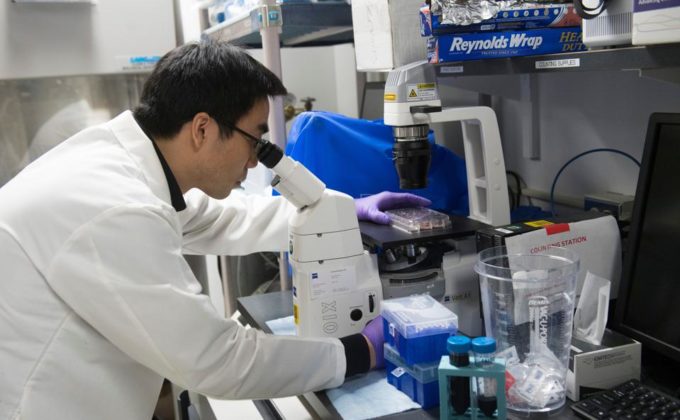 One of the biggest wake-up calls of the past year has been how flat-footed and unprepared we were as a nation to the global crisis of the Covid-19 pandemic. The United States has the capacity and resources to respond effectively to these types of challenges, yet we seem perpetually stunned when they happen and end up scrambling to adapt. We as a nation can no longer afford that kind of complacency. The very foundation of our economic prosperity is at stake and crumbling on our watch.

To ensure the economic vitality, national security, and inclusive prosperity of the United States and its citizens, leaders in both the private and public sectors must work to create greater innovation capacity and resilience within our national infrastructure network. That means greater investment in our roads, bridges, mass transit, water supply lines, and power generation; it also means creating ubiquitous access to high-speed broadband and building out “5G and beyond” wireless connectivity.

It also means investing in the United States research enterprise, including our universities and the National Laboratories — both of which couple world-class talent with globally unique tools and facilities. The infrastructure that supports America’s research enterprise — like high performance computing centers, light sources, and manufacturing development facilities — is as critical to pathbreaking work and economic growth as what many people traditionally think of as infrastructure, and at a much lower cost.

Fortunately, policymakers are beginning to wake up to the need to invest in our research enterprise. In his first presidential press conference, President Biden committed to a near 2%-of-GDP federal investment target for research and development. Additionally, the recently passed American Rescue Plan, as well as other COVID-19 relief packages, are steps in the right direction for supporting the public infrastructure. These packages support critical elements of the U.S. economy, such as the transportation network, state and local governments, elementary and secondary schools, and small businesses that were disproportionately hurt by the Covid-19 related shutdowns.

But neither President Biden’s verbal commitment nor the recent legislation are enough.

The Crumbling State of the U.S. Innovation Infrastructure

The American Society of Civil Engineers reports that the U.S. already faces a 10-year, $2.59 trillion investment deficit in critical infrastructure. This sort of shortfall puts the nation at extreme risk, because its infrastructure contributes directly to breakthroughs in science and technology. For example, “hard-tech” or “deep-tech” companies, which have the potential to transform America’s long-term productivity and prosperity, need access to specialized research capabilities that are too expensive for a single company or industry to acquire, staff, and maintain.

Like our roads, waterways and airports, evidence is mounting that critical U.S. science, technology, and innovation infrastructure is eroding. Even with the U.S. Department of Energy’s National Laboratory system, which is con­sidered a globally unique competitive asset with 17 laboratories and core to the nation’s scientific and technological capabilities, are at risk. Today, only about half of the department’s buildings and trailers are rated as adequate to meet their mission, and levels of deferred maintenance continue to rise. This weakens the U.S.’s competitiveness in fields such as bioenergy research, materials and chemical science and technology, mechanical and thermal engineering, climate and atmospheric science, and biological systems science.

Across the U.S. innovation landscape, other important facilities are facing similarly extreme underinvestment. More than half of the facilities on the National Institute of Standards and Technology’s (NIST) two main campuses are in poor to critical condition. Older NIST labs are unable to sup­port controlled environments required for advanced research. At NASA, more than 80% of its infra­structure and facilities are beyond their constructed design life.

“U.S. industries, including companies in aerospace and national security fields, rely heavily on our National Laboratories, NIST, and unique government test facilities and ranges to provide core infrastructure for our innovation ecosystem,” Dr. Keoki Jackson, VP Supply Chain & Program Performance at Lockheed Martin LMT -0.6%, recently told me. “These national treasures are suffering from decades of underinvestment, threatening our incubation of cutting-edge technologies, leadership in advanced manufacturing, and ultimately the safety and prosperity of our nation.”

In 1964, at a crucial point in the Cold War and space race, when national security and economic power were absolutely crucial, the U.S. government invested nearly 2% of GDP in research and development (R&D). This level of investment helped lay the foundation for the U.S. economic strength from which all citizens now benefit. Today, the federal government’s R&D investment intensity hovers around 0.7% of GDP, even though our nation finds itself in a position of greater global competition.

“The United States faces new, unprecedented security challenges in today’s rapidly changing geopolitical environment,” said James Peery, Laboratories Director of Sandia National Laboratories, when I recently spoke with him. “To address this competition and next-generation threats to our health, security and economy we must continue to make major investments in state-of-the art science, technology and engineering facilities.”

In its Competing in the Next Economy report, the Council on Competitiveness, of which I am president and CEO, calls for policymakers to make major investments in our innovation infrastructure. The report also calls for policymakers to do more than provide a patchwork solution and instead focus on sustained strategy for future investments into our innovation infrastructure.

There are three major investment opportunities:

We cannot be caught flat-footed again, either in the face of a new crisis or an international threat. Investing is not about the here and now, but the opportunity to position ourselves more competitively and effectively tomorrow.