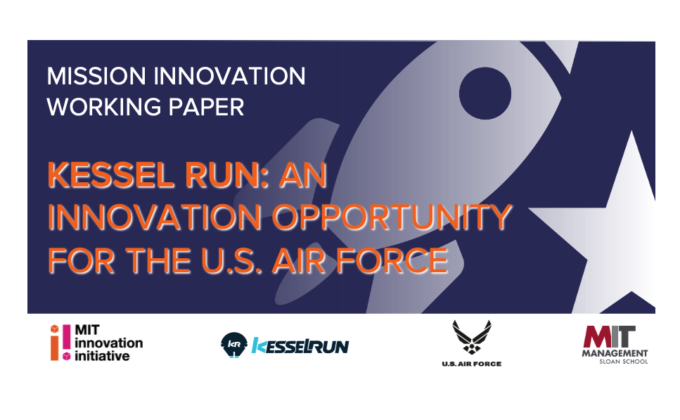 ‘Innovation’ is a phenomenon observable through its impacts on the global economy, going beyond – but including – digital technologies. It has long been regarded as the engine that drives economic success at the organizational, regional, and national scale, but managing such innovation also matters for the public sector, including defense and security matters.

MIT defines innovation as the “process of taking ideas from inception to impact.” MIT’s study of innovation in large organizations across the public and private sectors emphasizes the importance that leaders must place on building effective innovative behaviors as well as long-run capabilities for innovation in their organizations but also recognizes the challenges.

The recent focus on innovation by the U.S. Department of Defense (DoD) illustrates some of the ways in which a large, established public sector bureaucracy has fostered new innovation units. It also highlights how the distinctive organizational cultures of these units can more effectively support key capabilities such as rapid experimentation, novel funding/contracting approaches, and alternative training/skills. ‘Kessel Run’, as one such organization, is a hybrid unit of the U.S. Air Force (USAF), combining acquisition and operations, established and then scaled to bring software solutions to the warfighter.

The story of Kessel Run allows us to explore the ways in which the U.S. Air Force responded to the contemporary demands of the digital economy, developing a capability for software innovation and building ‘software factories’ within the traditional structure of the U.S. Air Force. This paper is grounded in the development of ‘Kessel Run’ named after a feat from ‘Star Wars.’3 The U.S. Air Force’s ‘Kessel Run’ was the first in a series of units linking the operational Air Force to software talent in the innovation economy which includes AF units, prime contractors, and smaller, more entrepreneurial start-ups. We focus on Kessel Run‘s approach to bridging the gap between the advanced capabilities of the American modern air force (aircraft, weapons, etc.) and the antiquated digital planning tools the U.S. Air Force generally has at its disposal.

The goal of this Working Paper is to explore the major internal and external forces that allowed for the creation and subsequent hypergrowth of Kessel Run.

This first requires a certain level of understanding of innovation theory and the history of U.S. Air Force software acquisitions.