Spacecraft help researchers monitor environmental problems on Earth, like the overgrowth of nonnative species and deforestation.

SOMETIMES FLOWERS CAN be the villain. Water hyacinths, with their seemingly harmless violet petals and lush green leaves, have invaded tropical parts of Central Africa, including Benin. In Lake Nokoué in Cotonou, near the country’s populous central coast, the hyacinths threaten to take over; in the last few decades they’ve spread into dense colonies that block sunlight, crowd out native plants and wildlife, clog the waterways and irrigation canals, and hinder villagers as they try to travel and collect fish.

Danielle Wood thought that space technology could be part of the solution. In 2017, soon after moving from a job at NASA to MIT, she attended a conference where she encountered a Beninese entrepreneur who invited her to visit and explore how satellite data could help local groups manage the invasive weeds. Today Wood is the director of the Space Enabled research group at MIT’s Media Lab, and she was part of a team that just published their findings in the journal Frontiers in Climate, showing how Earth observation technologies can map and monitor hard-to-reach areas to inform local decisionmaking—specifically on how Beninese groups are tackling the hyacinth problem with data from satellites, drones, and sensors in the lake.

Companies and agencies in North America and Europe frequently have access to such technologies, but that’s not always true in the rest of the world. Wood and her team worked with a program known as SERVIR, led by NASA and USAID, that is playing a role in boosting these capabilities among economically developing countries. “Our goal is to make it an affordable and operationally feasible thing for them to have this ongoing view, with data from space, data from the air, and data from the water,” Wood says of the project in Benin.

Ufuoma Ovienmhada, a PhD student in Wood’s group, led the project and worked with Fohla Mouftaou, a Beninise doctor and managing director of the company Green Keeper Africa. Mouftaou doesn’t want to get rid of the water hyacinths, which originate in the Amazon basin in Latin America. But he would rather make better use of them in his community. The flowers can actually be transformed into an organic fiber that’s effective at absorbing oil-based pollutants and can be used to clean up oil spills or surfaces contaminated with oil, acids, and paints. Green Keeper Africa hires hundreds of people in the area, including women who live near the lake, to gather the hyacinths and make them into the fiber. First, however, they need to know where to focus their harvesting efforts.

Ovienmhada had flown a drone quadcopter over and around the lake to collect high-resolution photos of where and how fast the hyacinths are growing, but she was limited by where she could pilot it and how long the batteries lasted. Satellite data was more comprehensive. The team collected images of the whole region in visible and near-infrared wavelengths, as well as radar data with radio and microwaves. Then she compared it to NASA orbital images going back to 1980. “The really cool thing about satellite data, compared to other methods, is that satellite data is large-scale and has a long historical archive of imagery. We were able to analyze trends in water hyacinth growth,” Ovienmhada says. 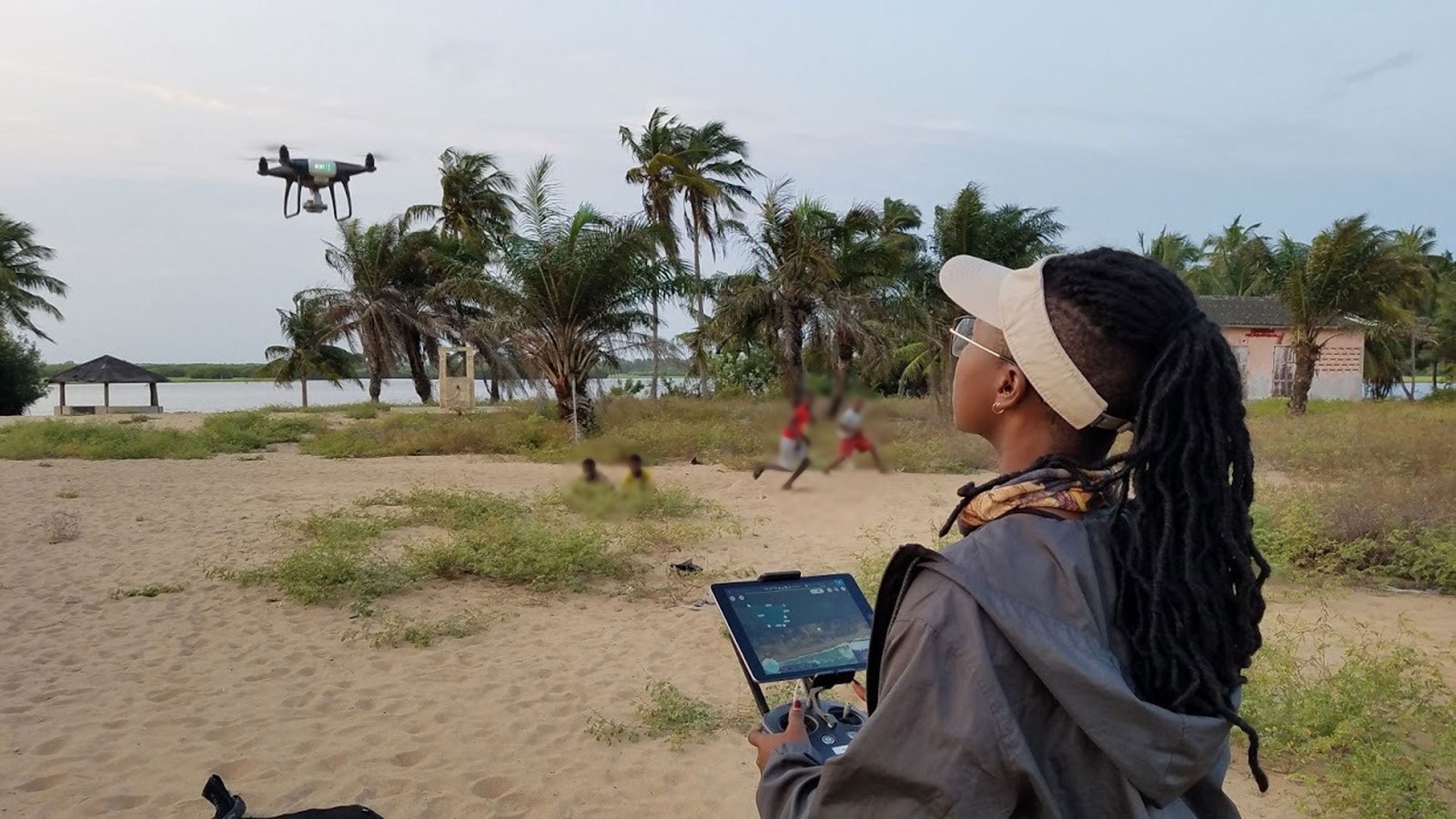 While the satellite images give a regional perspective, Ovienmhada’s drone photos provided detailed views of targeted areas. She also took a boat into the lake, stopping here and there to take water quality measurements with sensors.Using all this data, Ovienmhada was able to show that, despite some annual variation, the water hyacinth problem was indeed worsening, on average covering more and more of the lake each year. The project also produced an online tool that helps GKA plan where they’ll harvest, estimate how many people and how much storage space they need, and assess how well they’re preventing the plant from spreading excessively.

SERVIR, which launched in 2004, is making such projects possible. The program (Spanish for “to serve”) helps local governments and communities to make use of satellite data to address environmental threats and respond to natural disasters. “Countries all over the world could use the data. NASA had the data and the know-how. How do you bring those two together?” asks Daniel Irwin, SERVIR global program manager and research scientist at NASA Marshall Space Flight Center in Alabama. Irwin emphasizes that local experts, not embedded NASA officials, design these projects.

SERVIR currently has five regional hubs, one of which is in West Africa. The others are in Eastern and Southern Africa, the Amazon, the Hindu Kush, and the Mekong, and they may add more, such as in Central America. The program doesn’t have its own spacecraft, but it uses data collected by a variety of NASA satellites, as well as some from the European and Japanese space agencies and, recently, commercial ones, such as from San Francisco–based Planet Labs. “We’re power users of Landsat,” Irwin says, referring to a series of satellites developed by NASA and the US Geological Survey that have been orbiting the globe since 1972. (Ovienmhada and Wood’s work benefited from those older Landsat images.)

The newest spacecraft in that family, Landsat 9, just launched last month. Like its predecessor, which is still in orbit, it provides images that each represent an area that’s about 180 kilometers on a side, with each pixel covering an area 30 meters per side. “We get really great-quality data every eight days. That’s going to be a boon, especially for water quality applications,” says Jeffrey Masek, the Landsat 9 project scientist at NASA Goddard Space Flight Center in Maryland. The scope and resolution of the images have proved useful not just for Ovienmhada’s analysis, but also for other projects mapping algae blooms, or tracking and forecasting droughts and floods. Other SERVIR projects have used Landsat data to map and track deforestation, loss of rangelands, crop yields, and wildfires. 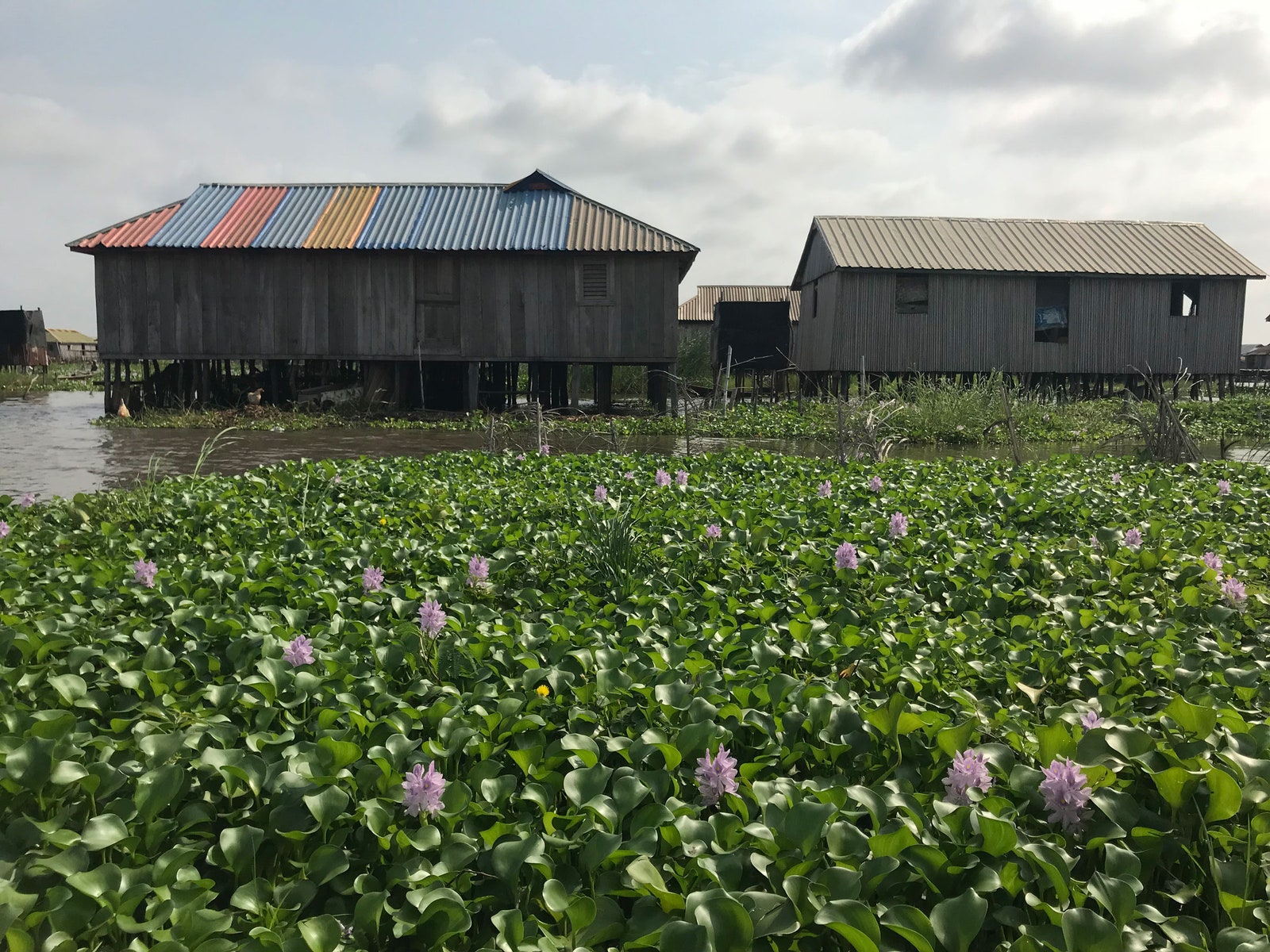 While one need not be a data scientist or computer programmer to make use of SERVIR images, it does take some training—available at the project’s hubs—in scripting languages like Python to find and manage the best data set for a project. It also helps to have online, cloud-based tools available, like Google Earth Engine, which Ovienmhada used to import data, maps, and tables.

The SERVIR program has been increasingly active in Africa and other regions partly because, through training and collaboration, NASA and USAID have been able to make their tools and data more useful to people on the ground, says Niall Hanan, an ecologist at New Mexico State University in Las Cruces. Hanan wrote a paper last year reviewing the many ways Earth observation data can be deployed for decisionmaking in economically developing countries. “They’re trying to tailor their products for managers down to the level of individual farmers and communities, so more on the application side and less on the research side,” he says. “They put a lot of effort into building relationships with various stakeholders, whether that’s government ministries, regional managers, NGOs, landowners, and land users.”

Indeed, some projects are led by people in the region of study. Edward Ouko, ecosystem and modeling lead at the Regional Centre for Mapping of Resources for Development in Nairobi, wanted to map invasive plants in Kenyan rangelands to aid farmers as they take their cattle and goats for grazing. These plants are unpalatable and unhealthy for the livestock, making the animals undernourished and threatening the farmers’ livelihoods. “The northern frontier of Kenya was highly invaded by invasive species: acacia and prickly pear. We cannot eradicate them, but the best we can do now is monitor them and mitigate their effects,” says Ouko, who led the project for SERVIR’s East African hub. Last year, he published a study in the journal Frontiers in Environmental Science mapping where the invasive plants are and projecting how they’ll spread under different climate scenarios.

Wood recently completed another project involving Landsat data; she and colleagues in Ghana mapped more than a decade of deforestation there. In August, they published their findings, which included showing that as much land was being lost to small-scale mining as to expanding urban areas, degrading and destroying forest ecosystems.

For Ovienmhada and Wood, their water hyacinth project isn’t just about the results. It’s also about developing practical advice for how to respectfully collaborate, collect data, and present findings when scientists and local experts work together. They hope their work inspires others. “The methodology gives special attention to inclusivity, historical power imbalances, and different ways of generating knowledge,” Ovienmhada says.