Breaking Defense: FARA Farce: What The Army Didn’t Learn From The F-35

As the Army races forward to take flight in its Future Attack Reconnaissance Aircraft (FARA), are there too many troubling parallels with the Air Force’s infamous production of the F-35 Joint Strike Fighter? 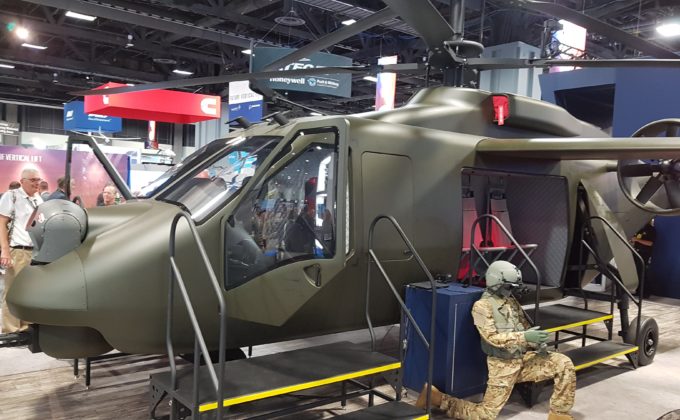 As the Army races forward to take flight in its Future Attack Reconnaissance Aircraft (FARA), Breaking Defense contributor and acquisition expert Bill Greenwalt sees too many troubling parallels with the Air Force’s infamous production of the F-35 Joint Strike Fighter. With taxpayer dollars and Army tactical capabilities in the balance, he argues in the op-ed below that Congress should act to prevent a costly repeat of history.

Almost a decade ago, Frank Kendall, the acquisitions official who is now Air Force Secretary, observed that the Air Force had committed “acquisition malpractice” by moving the F-35 to production years before it was ever flight tested. That decision sentenced the program to a plague of cost, schedule and performance problems.

Now, the Army appears to be following in the Air Force’s footstep as its Future Attack Reconnaissance Aircraft (FARA) lumbers down this well-trodden path. But with FARA the Army is not just mirroring the F-35’s mistakes, it has achieved bonus points for undermining future US aerospace innovation and limiting incentives for new entrants to ever want to work with the government.

It’s past time for Congress to step in and either defund the program altogether or put money into the innovations that managed to spring from a disturbingly flawed acquisition process.

At one point it looked as if FARA might be a different story. There appeared to be an openness in the initial design competition to developing new, revolutionary technologies. This generated non-traditional proposals from Boeing Phantom Works; Abe Karem, the father of the Predator and arguably the primary enabler of today’s widespread use of unmanned airborne technology; and AVX, an innovative aerospace designer whose founders are probably best known for its work on the V-22 and a DARPA-inspired flying car concept.

Next, the program plan called for a competitive prototyping effort that would create near-production-ready models to quickly transition to building a new fleet of helicopters. This forced these innovative design shops to partner with more established traditional defense contractors or, in the case of Phantom Works, other Boeing business units, to enable a transition to mass production.

All of this we learned was a myth when Aviation Week reported in August that Army officials fessed up that the requirements for the program “were not compatible with the laws of physics,” as the outlet put it. The report also said the competitive fly-off to be conducted between the eventual winning bidders and current providers of Army helicopters, Sikorsky and Bell, would be nowhere near being production ready.

The now sole-source provider will get the chance to start over and design and build the real prototype production model with no competition to ever worry about. What could go wrong with that?

Next, the lunacy of the budget process will incentivize making a production decision well before ever flying that real production prototype, if it is ever built. Any original cost estimate will be thrown out the window and overruns will ensue as schedules slip to try to incorporate after the fact new requirements and technologies.

While all of that is predictable, the more significant malpractice may have occurred in the original design competition. If the requirements violated the laws of physics, then what was the point of the exercise? To an acquisition cynic, it would be to provide the illusion of competition and then ensure “failure by all” to give the Army the discretion to award the contract based on other determiners in the source selection process. This would guarantee, as happened, that only the Army’s traditional contractors would win. Other observers might credibly say the Army is not that smart, but the original equipment manufacturers (OEMs) are, and could manipulate the competition to achieve their desired outcomes.

Regardless of motive, selecting more risk averse approaches from the usual suspects and not planning to develop more advanced technologies results in two unrecognized costs that will hurt the nation in the long run. The first addresses opportunity costs. Unlike military jet fighters, there is a commercial market for helicopters. Most significantly, there is a huge ongoing venture capital bet on EVTOL that if successful will likely expand into demands for cargo and longer-range vertical lift solutions.

The mock FARA competition ate up several years of valuable innovation time from companies that had no realistic chance of ever winning the FARA contract. This took some of the best engineering talent in the country away from focusing on solutions that could get real money from investors who realistically, unlike the Army, want to advance vertical lift technology.

Karem Aircraft and AVX missed out on the massive amount of financing that went to start ups like Joby, Lilium, and Archer while Boeing has to play catch up to commercial efforts funded by Airbus, Hyundai and the Japanese. The Army’s Future Vertical Lift strategy ends up being worse than acquisition malpractice, it is unilateral industrial disarmament given the large amount of foreign investment going into this sector.

The second cost from the FARA sham competition is the primary lesson learned by U.S. entrepreneurs and non-traditional companies: don’t bother working with the US government. The Defense Department will talk a good game about innovation and wanting to take advantage of advances occurring outside the defense industrial base, but that is all a fiction.

Unless you have an unlimited amount of capital and are willing to sue the government to gain market access (like SpaceX or Palantir did), you really have no chance to scale in the defense market and will only end up serving as window dressing for acquisition officials to meet their competition numbers. The only chance to get bigger and pursue real technological change is in the commercial and international marketplace. As more entrepreneurs accept this as reality, the US embarks on a losing game: China and the rest of our adversaries will gain access to technology well before the US military ever figures out it has been leapfrogged by the commercial market.

Are there any alternatives left to pursue at this late date? Right now, it seems only new Pentagon leadership or Congress can change the current dynamic. The first signal Congress could send is to either kill FARA outright or restructure it around the reality that this is not a production-ready aircraft program but a lower technology risk developmental prototyping effort that likely will not keep up with the threat. It may be worth funding, but it should not yet be a program of record.

To advance vertical lift technology in ways that go beyond where the Army and the commercial market may be going, Congress should consider funding additional prototype demonstration efforts around the technologies of the other FARA bidders who went the closest to “defying the laws of physics” and offer some promise of real revolutionary change. These efforts probably need to be run out of the Office of the Secretary of Defense or in one of the other services as the Army has already had its shot to do this and has failed.

Bill Greenwalt, long the top Republican acquisition policy expert on the SASC, rose to become deputy defense undersecretary for industrial policy. A member of the Breaking Defense Board of Contributors, he’s now a fellow at the American Enterprise Institute.