After years of research and development efforts, tech startups want to see the Pentagon commit to real production work.

REAGAN NATIONAL DEFENSE FORUM: On Dec. 3, top Pentagon leaders, military brass and defense CEOs flocked to California for the annual Reagan National Defense Forum. The Davos-style event, which brings the power brokers of the defense world out to California, has increasingly become a venue for meetings with the young Silicon Valley-based tech founders and venture capitalists eager to break into government markets.

This year, there was an air of foreboding served alongside the free drinks and hors d’oeuvres.

“Time is running out with Silicon Valley,” said Katherine Boyle, a partner with venture capital firm Andreessen Horowitz, in a series of tweets published the day before the event. “We have, at most, two years before founders walk away and private capital dries up. And many, many startups will go out of business waiting for DOD to award real production contracts.”

To many of the executives from defense-oriented tech startups who attended the forum and spoke to Breaking Defense, Boyle’s tweets rang true, a Cassandra-like warning to the Pentagon establishment about what it could lose.

“People are watching. Is this an area where people can actually make big money?” Joe Lonsdale, managing partner at the 8VC venture capital group and a founder of Palantir, asked during a Dec. 4 panel at the forum. “So far, we haven’t seen big wins.”

According to defense leaders who spoke throughout the forum, there is awareness that a put-up-or-shut-up moment is approaching, and in typical Pentagon fashion, there are a million ideas for how best to move forward — without clarity that any of them will actually change anything.

Air Force Chief of Staff Gen. CQ Brown perhaps put it most directly on his panel, when he said the department needs to take action quickly.

“If we don’t do that, then I really believe all that venture capital is just gonna walk,” he said. “They’re going to find someplace else to go.”

‘The US Government Has Been A Lousy Partner’

For the past six years, the Defense Department has raced to pull talent and technology from Silicon Valley into the Pentagon.

Efforts to court tech startups started at the tail end of the Obama administration, spearheaded by then-Defense Secretary Ash Carter, who founded organizations like the Defense Innovation Unit and the Defense Digital Service. The Trump administration doubled down on those initiatives and also created new technology hubs meant to bring in ground-breaking wares or novel ways of development, such as the Air Force’s AFWERX organization.

In the meantime, a new class of defense technology startups such as Anduril Industries, Epirus and Shield AI sprouted into being, nabbing funds for various development projects, pilot programs and experiments.

Most are still waiting to see whether the department is serious about buying and fielding their technologies widely across the services.

“Let’s face it: For far too long, it’s been far too hard for innovators and entrepreneurs to work with the department,” Defense Secretary Lloyd Austin said during a speech at the forum. “And the barriers to entry into this effort to work with us in national security are often too steep, far too steep.”

In particular, Austin said, the department still struggles in bridging the “valley of death,” an enduring defense neologism that describes the gap between the research and development phase and a program of record. Between those two stages lies the aforementioned valley, where officials either find the funding to usher a project into production, or bureaucracy kicks in and it dies on the vine.

“It’s bad enough that some companies get stuck in the valley of death,” Austin said. “But some brilliant entrepreneurs and innovators don’t even want to try to cross it and work with us. So our department has to do better.”

Trae Stephens, a co-founder of Anduril Industries, said the valley of death is particularly painful for non-traditional defense firms because of the disparity between the funding cycles for startups — where capital is raised from venture firms in rounds occurring every 12 to 18 months — and the Defense Department, where it can take more than three years to go from a program’s inclusion in a draft budget proposal to contract.

“A startup only has like 18 to 24 months of runway at any given time, that’s how the financing structure works,” he told Breaking Defense in an interview. “And so if you find a willing end user, someone who wants to use your product, and they say, ‘Okay, give me three years and in three years, we might have this contract somewhere,’ the company is dead.”

The sentiment that the Department of Defense needs to shape up its buying practices and work more closely and transparently with Silicon Valley was echoed by other defense leaders during the forum.

“The US government has been a lousy partner, quite frankly. We don’t protect intellectual property. We get companies in and we waste their time,” California Rep. Ken Calvert, the top Republican on the House Appropriations defense subcommittee, said during a forum session. “Then we’re wondering why we’re not getting the technologies we want.” 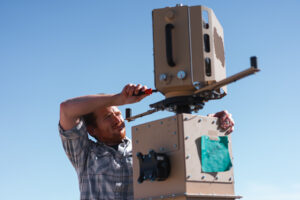 Brown acknowledged that the best thing the service could do to help start ups overcome the valley of death is to narrow down the technologies it needs and then buy them.

Lonsdale noted that some businesses are already steering away from the defense market. His venture capital firm is currently in talks with a new AI company, which he didn’t name, ahead of a probable investment announcement. But when the company discussed business strategy with his firm, “we didn’t even think about defense as [an option],” he said.

“Maybe eventually we’ll bring it to defense, after we do lots of other things with it,” he said.

Too little, too late?

During the Reagan forum, Pentagon officials offered an assortment of solutions to industry.

To bridge the valley of death, Austin said the department will double down on its Small Business Innovation Research program, which offers a pathway for startups and small companies to get R&D funding. So far, more than 2,500 businesses got SBIRS contracts this year, he said.

The department has also opened new Defense Innovation Unit outposts in Chicago and Seattle to join existing hubs in Silicon Valley, Austin and Boston, he said.

Heidi Shyu, undersecretary of defense for research and engineering, pointed to the new Rapid Defense Experimentation Reserve fund, which will fund two annual experimentation “sprints” for industry to deliver prototypes aimed at closing near-term capability gaps. The hope, Shyu said, is that if combatant commands find a solution that meets their needs, they can quickly begin buying that product.

Calvert said he’d like to see Congress create a $100 million innovation fund designed to bridge the gap between technology development and procurement.

And Brown said the Air Force wants to invest in new electric vertical takeoff and landing aircraft, as well as tech that can help the service more rapidly process and understand the data it collects via hundreds of platforms and sensors worldwide. 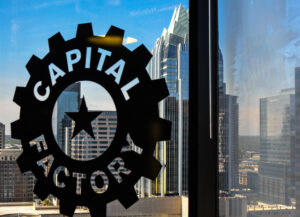 All those ideas serve as more more of the same from the department — and didn’t seem to make much headway with companies who spoke to Breaking Defense, who instead underscored the need for the department to start awarding production contracts that will allow companies to scale their business.

Organizations like DIU and AFWERX have improved startups’ access to funding for research and development, said Joe Laurienti, the founder and CEO of Ursa Major, a company that is building new engines for rocket ships and hypersonic applications.

“I think the availability of capital and the excitement of investors around space and defense allows for us to fund the R&D a bit more easily than we could five years ago,” he said, adding that what’s missing is a similar pathway for development projects to move into production.

“There’s not a clear path from a SBIR phase 2 into a production contract,” he said.

Anduril’s Stephens said he’s not sure Austin’s plan to double down on SBIRS contracts and build innovation hubs actually addresses the “valley of death” conundrum.

“The problem is not that it’s hard to get research and development and prototype dollars. In fact, it’s never been easier in at any point in history, to get a pilot for R&D type of contracts,” he said. “The counter to that is, it’s never been harder …  to get a production contract.”

Calvert’s proposed fund is a better fix for the problem, Stephens said, because it would give the department a mechanism for funding the production of a few major technology needs more quickly than those capabilities could be funded through the normal budget process. That, in turn, would “incentivize the private capital community to come alongside of those contracts and make bigger bets on companies,” he said.

For Red 6 — a California-based startup that is aiming to bring augmented reality to fighter pilot flight training — the SBIRS phase 3 contract awarded to the company earlier this year was a welcome signal that the Air Force is serious about working with them, Red 6 CEO Dan Robinson told Breaking Defense in November.

That funding will help the company turn their prototype into a hardened system integrated with the service’s T-38 trainer and able to withstand military operations. But the company will need continued buy-in from the Air Force to bridge the valley of death, “and we need them to go faster,” he said.

But Stephens said he was optimistic. The Pentagon has come a long way since 2015, when department officials still needed to be convinced to work with startups, and current leadership understands that the valley of death remains a problem, he said.

“We don’t have to get this right 100 times in the next 12 months, we have to get it right two or three times,” he said. “It’s not that big of a deal. Like, if you just do the right thing twice, this is going to get better, and private capital will continue to flow.”